Treading lightly upon the Earth is at the heart of veganism: a choice so odd that WordPress does not recognize “veganism” in its rather large dictionary.. Somehow that makes me feel important, centered and focused.

What did you do that for, Bill? Like the über odd man out, boat rocker tree hugger? If you like fruit salad so much why don’t you marry it?

Well it’s more like finding a life. Being or not being a vegan? There’s an interrogative! And here is a declarative: inimitably skilled pharmacists in anticoagulants  Amanda and Rachel are now following my progress, and have been since I gradually began improving my food-chemical choices.

I guess it really is odd: the one not eating chicken when there are twice as many chickens on Earth as there are people, and with the planet not running low on the homo sapiens at the moment. Will check on this and come right back.

I’m back. Right, there are a few billion or so consumers as of this evening on the sun’s third planet. 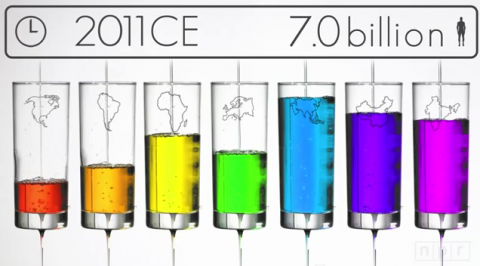 Yeah, but you’re not going to make a difference so what’s the deal then?

Feeling important, centered and focused I realize that it’s only me twisting my own arm here, not yours. Just saying.

Meat and meat byproducts, mechanically separated or otherwise, start to deliver chemicals to your body at first chew. They combine with other chemicals in your system to produce a replacement body.

Reuters sent out a press release on a new stance by the World Health Organization WHO today, noted in The Guardian. WHO proposes including processed meat as a Group 1 carcinogen, a group shared by asbestos, alcohol, arsenic and tobacco. I’m going to listen for a response from the meat industry. This opposition may relate to sales volume. The economic significance of products derived from the sale of animals is far from negligible. There could be economic repercussions caused by negative publicity. Jury is still out on that one, they may look at the same data as the WHO and agree with them. Your guess is as good as mine. Or they may torture the data until it produces the desired result. We’ll just have to wait and see.

2 thoughts on “Veganism: What Gives?”