I love maps, all my life they’ve whispered to me. I spin imaginary globes in my mind and imagine a sphere metamorphosing from three dimensions to two in arcane and artful ways.

Lines of longitude and latitude: which is which? Here is a mnemonic to help:

Lines of latitude are like the rungs of a ladder extending from Equator to Pole. The ladder rungs connect along the long lines of longitude (left and right side of the ladder). There’s something curious about that ladder — it connects to a single point at the top or bottom of the Earth.

The Mercator Projection takes the two points of the two terrestrial poles and stretches them from zero to infinity. A Mercator projection was designed for one thing only, and though that one use is obsolete,  Mercator dies on.

You can trace landscapes on a paper topographic quadrangle. There is a symbol available for every conceivable landmark, including the occasional sunken ship.

Our geomorphology tour now takes us to Cincinnati, OH. I’m the guide with the microphone at the front of the bus. Here’s what I am saying:

“A gently arcing dome once defined Cincinnati’s geomorphology. The most recent glaciation crushed the entire city under a couple hundred feet of solid ice, creating a set of hills carved from that arcing dome. When you stand on any of the surrounding hills you see all the other hills: 360 degrees surrounding a central point, each separated from the others by a number of miles. The technical term is ‘accordant summits’.”

In the 1960’s our family would spend two-weeks in the northern oven-mitt of Michigan, we drove from Cincinnati on US Route 27  — a two-lane highway that also extends into Florida. We would unfold a free gas-station roadmap and wait for a city limit sign to appear on the horizon. I would run a black marker up the lap-held map as the drive progressed northward. A pre-cursor if you will.

There were no automobile seat belts in 1964 — each occupant had the unfettered freedom to pass directly through the windshield in a way explained by Isaac Newton. To paraphrase Isaac: an object in motion wants to just keep on moving: even when everything else stops moving.

Time now for an anecdote.

We were headed to a cottage in Michigan in one of those years (1964) when no passenger vehicles came equipped with seat belts.

I’m the guide with microphone at the front of the bus again:

“My mother held my youngest sister securely in her lap, front passenger side. Shifting her position, mom leaned against the passenger-door, felt that door open and saw the rushing roadway beneath them. But my mother knew about the first law of motion. Her objective: stop two objects in motion from following the lawful course identified by Newton. She successfully moved the center of gravity leftward by shifting their inclination inward, and by yanking the passenger door to a latched state.

The moral of this anecdote: understanding physics saves  lives.” 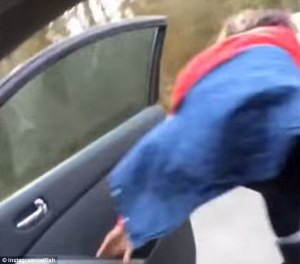 Lisa and I will be sitting at a table within earshot of others and I will be enjoying the still of an enveloping bubble — it’s like a meditation garden, monastery or babbling brook: a way around the babbling of maddening Babel. Couldn’t hear it if I squinted my ears.

Cut to the chase, Bill. Your annoying alliteration and meager metaphors test us to the teeth, they crawl into our craw, they bites our hands, they gnaws our feet.

Privacy without private spaces. Lisa will burst forth with OMGs and WTFFs and I’ve not a single clue to her consternation nor inspiration. By the bye, we’ll be a 25-year item next year, we’re now able to decipher misstated and unintended word misses and annoying affectations. We also assume the identities of avatars: German moose and Italian owl. 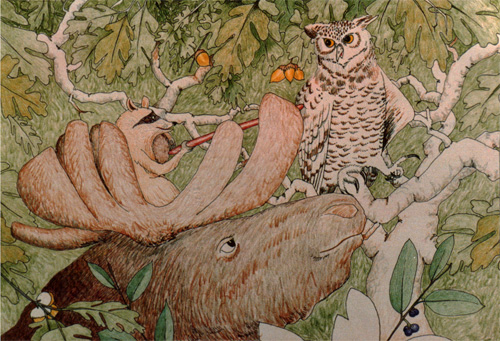 Listen Bill, you are dancing to the tune of thin ice. Life is to be gotten on with, not sallied about in the figments of a forest, feeling the fauna. Get a grip and move on. We sincerely hope you get the help you need.

Some years ago I packed my ears with sound deadeners to shop without agony. Such is the life of an agoraphobic tree-hugger. When I could hear proper my ear canals became desecrated by ear worms from worn tunes of outrageous decades, looping indefinitely. Gradual hearing loss now permits me to wander the aisles without mulling music lyrics and the likes, dislikes and “likes” of fellow shoppers.

Are you not also one of those annoying people who trundle about with a rücksack on your back, Bill? Do you deny this unfortunate character flaw?

I plead guilty with conviction and with impunity. A backpack permits right and left hands to page-flip a tome, pick up the ultimate stone or dead-head twigs along an arboral path. A pack on the back frees pockets, it supplies the only items necessary for a becoming existence: spare books, blank paper, full pens and what-the-nots.

I live in the land of the frenetic and the home of the Atlanta Braves (Atlanta was once the home of the Cherokee Nation), a left-handed vegan with a name at the tail of the alphabet, a card-carrying member of Jewish Voice for Peace (you do not have to be Judaic to join), a believer in the inalienable rights of all sentient beings and a speaker on the pompetous of love.

I leave this writing moment with a ponder. What reveals the following photograph from Houston Harvey? How might I convey the moment?

Some decades ago I read  the confessions of a language fanatic — she was unapologetic about toting foreign language books to the beach. I have not been able to find that article on the internet, actually any article about readers who find escape that way, now my interest really piques.

Speaking of piquing, here is a peek at two vacationers who look upon language references as beach books, but they’ve chosen different dictionaries to read. That’s what I do — just ask Lisa. Last minute check before leaving the house: have I packed enough language tomes?

I’ve affixed Arabic-alphabet stickers to my keyboard to make life easier — electronic text editors know how to connect the letters correctly and smoothly. However it is important to write by hand while learning Arabic, it’s akin to hiding the calculator while memorizing multiplication tables.

Left-handers are accustomed to covering up what they write as they write, so it’s revealing to actually see my writing without contorting my writing hand. Calligraphic design is already demanding work. The Roman alphabet is as clumsy as Roman numerals, isn’t it? They did not even have minuscules available to lighten things up, perhaps they just liked to SHOVT a lot. Well, it is true, to paraphrase John Cleese, that they had an empire to run. There is that.

Methinks their alphabet was fashioned with stone-chiseling in mind.

As a left-handed calligraphic hobbyist I have to lift my hand frequently to know what is happening. Arabic calligraphy flows from designs inherent in the alphabet. Rather than arranging letters chosen from A to Z, you recognize the minute detail that permits extravagantly wild art with unambiguous pen strokes. This allows the pen wielder to proceed without limit, a dot or two or three makes everything explicable.

However you’ll experience heightened subtlety when you include the ten diacritical marks available in Arabic script. Reading a text that contains the full range of marks gives the writer and the reader a means of communication faithful and considerate of each.

These ten marks are omitted in normal written communication. The small fonts selected for most published works also make text too busy. How do you critically distinguish letters and words if diacriticals are in the way. Once you have seen an Arabic word a hundred times it is hardly necessary to bludgeon a reader with something she already understands quite well.

Of course this is why those marks only appear in scriptural texts or instructional language books. Clarity is critical, each and every millimeter of the way. The author cannot assume that a reader has seen each word hundreds of times already. I personally recommend acquiring the incomparable Sugar comes from Arabic.

Back to Wehr. Arabic is based upon a system of roots: constant consonantal characters in a specific sequence: A SaFaRi into the SaHaRa. The most useful Arabic-English dictionaries are organized by root. Looking up those roots is not easy for a beginner. Now there are ingenious online sources and mobile apps available to grease the learning process.

Learn from your mistakes. I often encouraged my German students that way —the learner who makes the most mistakes gets the most gold stars 🙂