As the sage dictum suggests, don’t inquire into its contents. As a vegan I now enjoy reading the ingredients in such no-animal tube meats as Field Roast, produced by artisans who sign off on their work.

Genuine big-deal topics are not covered in this depressing election year.

Smallish asteroids are reported only after they slip by our planet. I hear that extinction events occur regularly, perhaps half a dozen of them since the planet sphered together over a few billion years or so. 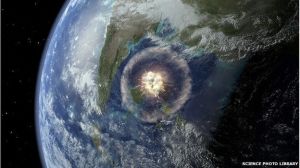 Or is it 6,000 years ago? I’m told that your guess is as good as mine. Have I mentioned that I live close (geographically) to the Creation Museum and to that other Ken Ham production?

Climate change is associated with extinction events but it wasn’t in keeping with the alternate reality show in Cleveland, the progressive pole of electoral Ohio. Cincinnati, at the conservative pole, get noticed every four years. I’m just south of the Ohio River. We don’t decide elections here, but there is no dearth of demagogues in Frankfort. Hell, we couldn’t even ditch Mitch.

Woody Guthrie knew fascism, synchronistically well. Guthrie’s father fell victim to the father of today’s favorite fascist. That word is not used on right-wing calling cards, but by their actions do we know them. Our fascist du jour might just give it an Ayn-Randian shrug. Where is John Galt when we don’t need him?

Veganism is another threat to capitalist society as we know it. Death is a great job creator. Trillion dollar enterprises thrive on the death sector in our capitalist cornucopia. I sit on a man’s back… Cheers!

A vegan diet is a planet saver. It provides no answer for impending meteor strikes, but it means taking a potent step toward addressing climate change.

Fascism is a disease.

Just when will an article on Palestinian human rights ever go viral? My hope is NOW.

It is not cheap to make all the news that’s fetid to print. You have to make it palatable while erroneous. American media giants are like Wonder Bread, not remotely wonderful but they knead a profit. What else matters?

A few days ago an Op-Ed written by Stanley Cohen popped up on Al Jazeera.

Here is my reaction: 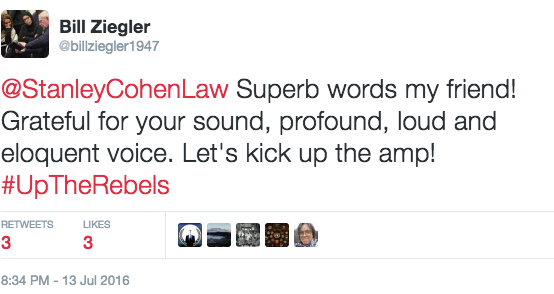 Stanley Cohen is major league.  Whenever perplexed on the state of the State of Palestine and the refugees living there, listen to someone who has been well informed for something like a half-century.

During that time he has not wavered from representing real Palestinians. Universal human rights belong to all 7 billion individuals on this battered orb. Pleas are not just for the chosen.

Expedience is not the name of the game today, it’s a character flaw that Mr. Cohen doesn’t have, and he is not about to change. Stanley is not a political animal, and that doesn’t play well among multicrats gazing at the weather vane and thinking about trial balloons.

As hard as they have tried the powers that be have never been able to pin a single charge on Mr. Cohen, it’s not the wonders of teflon at play. Actually just simple human integrity at work: rare mettle.

The injustice system of Prison America sent him to Canaan Prison for eleven months in 2015 while they looked for some evidence they could find or that they could convincingly plant. They have never found any, but that’s the genius of the Patriot Act. Make the prison industrial complex the heartbeat of America.

Through 2015 Caged but Undaunted kept his voice alive.  A tip of the hat to Marion Heads., another Mensch out there lighting candles for every fellow traveller suffering under the drang of fascism.

It’s expedient to imprison without cause. Today it’s Orwellian patriotism, though I don’t like calling it Orwellian. The word itself peals like something out of the NewSpeak Dictionary. George Orwell saw it coming point blank.

Previous stuff on Stanley Cohen that you won’t read this on NYT or NPR. Unfortunately they follow the expedient.

Editor note: I am humbled by my readers. That’s as it should be. However, I published my last article before it could be properly edited and several of you read the more hapless early version, and so I Speak Arabic Openly and Joyfully.

Reporting from the land of the fête and the home of the Atlanta Braves. BDS USA BDS USA!

Thanks for reading. Opposing viewpoints welcome.