The BDS movement is gaining momentum. Inertia is important when reminding people that the “Universal” Declaration of Human Rights is not limited to a select group of nice people.

Last week I uploaded a link that buoyed my spirit: a marginalized people may yet gain the attention it so desperately needs. It’s an article in Mondoweiss  that’s received 503 views so far on the CPSC FB page. 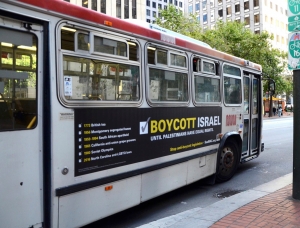 Yesterday the Cincinnati Palestine Solidarity Coalition hosted a taste of Palestine event to celebrate solidarity in electorally significant SW Ohio. About 30 attendees enjoyed a gathering of people from a range of interests, ethnicities and ages to engage in festive spirit.

The dishes were overwhelmingly vegan and a tribute to the healthy aspects of a Mediterranean diet.

Among the gentle people there was a contingent from Dayton OH where an active solidarity for refugees of the longest lasting refugee crisis since 1948, known as the Nakba. Please visit American Support Network for Palestine for some extraordinary links on Palestine after Nakba

By the way, Naksa is the Arabic word the means The World Turned Upside Down for the further occupation of land west of the Jordan River in the year 1967. From the river to the sea refers to this very body of water and the Mediterranean Coast. A land that the poet Mahmoud Darwish expresses in his poem “Unfortunately it was Paradise.”

Take a look at a map of population distribution and you see that people like to live near bodies of water, particularly where the coast is superbly beautiful.

On Tuesday, May 3, protestors in London will gather to demand action be taken for the innocent civilians of Aleppo, who are being crushed by the brutal Syrian regime. If you live in the UK, join the Student Union of King’s College London at the Quad, Strand Campus, from 6 p.m. BST. For more details, visit the Facebook…

It is my privilege to continue bringing ICAHD and the Matrix of Control into the conversation.

If this blog serves only to introduce you to Dr. Halper it has succeeded. While I am on an imagined roll, please consider finding a 1 hour 40 minutes open time slot in your viewing schedule for his talk in Winnipeg Manitoba from July 8, 2015. (Transforming Palestine into a Binational Independent State).

“He is coordinator of the Israeli Committee Against House Demolitions and a leading figure in the Israeli peace movement. Nominated for the 2006 Nobel Peace Prize, Dr. Halper has published several books and many articles while working tirelessly for peace, justice and public awareness, often using non-violent direct action.Transforming Israel-Palestine into a Binational Democratic State.”

Now for new business: the Cincinnati Palestine Solidarity Coalition. is sponsoring Dr. Halper on his current book tour. Click the link at the bottom of this post for updated details.

Dr. Halper has good memories of the metropolis I write in. It’s a fortune of geography and history that we both graduated from educational institutions with international reputations: Jeff at Hebrew Union College and I at the University of Cincinnati Department of Geography. Both schools on the same street, and we graduated in the same year 1969.

Please make a pilgrimage to Cincinnati if you are anywhere near. Of course you can also read more about it right here and at the link below.

Source: War Against the People

Very good news for everyone who follows, does not follow or has never heard of Stanley Cohen: the unchained man is unchanged and is taking up where he left off. Somewhere on this small planet we all share.

A recent interview by Sarah Ferguson in The Villager lends us an update on a life in progress: weeks before the Panama Papers exposed protection already available to the routinely protected. You don’t get into the business of defending the most marginalized clients on Earth because it’s lucrative and gives you circumstances, fame and pomp. Ours is a prison/military economy.  Slave labor keeps prices down.

The IRS sought hidden funds but found none, so they sentenced Mr. Cohen for alleged but unproven hidden funds and sent him to the Canaan (Northwest PA) prison campus for 11 months of prison American style. Click your way over to  Caged but Undaunted for details.

Stanley and I are both staunch friends of Palestine. 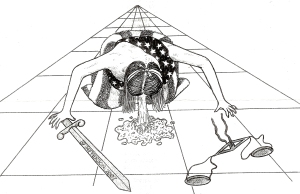