It has been some time since I’ve engaged in a conversation that simultaneously included Clutch Cargo, Pat Novak for Hire and Frank Herbert’s Dune series but the Déjà Vu may conjoin: much as a solar eclipse occurring concurrently with a lunar variety.

Yes, billziegler1947 is referring to the latest of waking hours in a longish sized day, when a last second neuron fires a memory segment while reading Karavansara. There you may find coverage on the deservedly famous Sand Worm cover by John Schoenherr on a March 1965  Analog Science Fact – Science Fiction.

As noted by Davide Mana this is a first printing. Mine arrived at 315 Glenroy in a brown paper wrapper. Now it’s preserved in a mylar sleeve. Yellow hues on a stone-like sand swirl. Too close even for discomfort. I can’t imagine it took that behemothic beast much time to scare its way out of arid surface and into a more than unforgiving Arrakis’ afternoon.

To make a short description yet shorter, I tuned in to Karavansara on the WordPress dial and submitted “Frank Herbert.” Frequenters of the Karavan and its Sara will know now that a non-ending journey into the possibilities of Herbert’s inimitable mind wash over into the impact of an introduction to Frank. Dune spice. 17 year-old self discovering that no one could better spark a science fiction journey

That trek began in 1964, while I gazed at another famous Analog cover (Schoenherr of course) for Randall Garrett’s alternate history series, another Sherlockian look at roads taken this time/not this time in the same year on the calendar: 1964 modern times. Not like the other magazines, it was not.

Treading lightly upon the Earth is at the heart of veganism: a choice so odd that WordPress does not recognize “veganism” in its rather large dictionary.. Somehow that makes me feel important, centered and focused.

What did you do that for, Bill? Like the über odd man out, boat rocker tree hugger? If you like fruit salad so much why don’t you marry it?

Well it’s more like finding a life. Being or not being a vegan? There’s an interrogative! And here is a declarative: inimitably skilled pharmacists in anticoagulants  Amanda and Rachel are now following my progress, and have been since I gradually began improving my food-chemical choices.

I guess it really is odd: the one not eating chicken when there are twice as many chickens on Earth as there are people, and with the planet not running low on the homo sapiens at the moment. Will check on this and come right back.

I’m back. Right, there are a few billion or so consumers as of this evening on the sun’s third planet.

Yeah, but you’re not going to make a difference so what’s the deal then?

Feeling important, centered and focused I realize that it’s only me twisting my own arm here, not yours. Just saying.

Meat and meat byproducts, mechanically separated or otherwise, start to deliver chemicals to your body at first chew. They combine with other chemicals in your system to produce a replacement body. 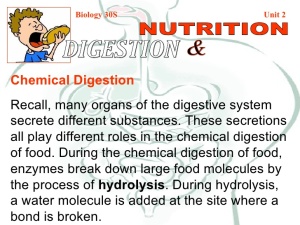 Reuters sent out a press release on a new stance by the World Health Organization WHO today, noted in The Guardian. WHO proposes including processed meat as a Group 1 carcinogen, a group shared by asbestos, alcohol, arsenic and tobacco. I’m going to listen for a response from the meat industry. This opposition may relate to sales volume. The economic significance of products derived from the sale of animals is far from negligible. There could be economic repercussions caused by negative publicity. Jury is still out on that one, they may look at the same data as the WHO and agree with them. Your guess is as good as mine. Or they may torture the data until it produces the desired result. We’ll just have to wait and see.

What happens when you deny reality indefinitely?

Making the inexplicable explicable, anthropologist Jeff Halper has authored an expression for a phenomenon: The Matrix of Control. I’ve sought to study both sides of the Palestine/Israel conflict; I find Halper’s well documented publications insightful and pertinent. And “The Matrix” is already in our cultural lexicon.

Not for the first time do I refer to hasbara (from the Hebrew “to explain”). WordPress’ auto-correct database is large but hasbara is not yet there).

The following is at the Palestine Poster Project. You’ll find some worthy media. A great project, timeless work:

Both the Arab and the Jew are semitic. Why limit antisemitism to anti-jew? What then is the word for anti-arab? How about “antisemitism.”

From the blog Displaced Palestinians

Where did the inhabitants of the world’s largest open-air prison come from?

Graphic below from: Gaza’s Untold Story

It appears that the proclamation “A land without a people…” is misleading.

As ever, comments (opposing viewpoints as well) are welcome.