Full disclosure assurance applies, just as it has with my Nittha Siam Kitchen review: this is an unpaid five-star rating. I like their stuff and I support them.

I found Once Again at Barney Kroger’s Grocery the other day and enjoyed the heck out of it. Recommended for a number of reasons: employee-owned, genuinely organic, label does not say

Their products are value-priced and feature raccoons. Bonus points: Once Again actually rescued raccoons on the premises. You can read about that on their website. Take a break now and shop for good edibles.

Use the Hot-Pockets-litmus-test: compare and contrast chemicals consumed. Billziegler1947 has already done the research for you. Analyses in the billziegler1947 laboratories have found that Hot Pockets do not strictly follow USDA Certified Organic guidelines.

For homework read the following before going food shopping.

A fun place to visit vegan videos: FullCircleVegans and here’s a bonus: it’s also a WordPress blog. They’re also on Instagram and everything else.

Joseph Goebbels, Minister for Propaganda in Hitler’s Third Reich (appointed 1933) had a way with guidelines. A well written article on Goebbels’ thoughts on jazz links below.

Editor’s note for the easily cognitively dissonanced: inclusion of this list in this blog does not represent approval of Minister Goebbels.

Josef Skvorecky on the Nazis’ Control-Freak Hatred of Jazz from The Atlantic January 3, 2012 by JJ Gould.

But if you want to get straight to the rules, Josef Skvorecky enumerates in the link above:

1. Pieces in foxtrot rhythm (so-called swing) are not to exceed 20% of the repertoire of light orchestras and dance bands.

2. In this so-called jazz type repertoire, preference is to be given to compositions in a major key and to lyrics expressing joy in life rather than Jewishly gloomy lyrics;

3. As to tempo, preference is also to be given to brisk compositions over slow ones (so-called blues); however, the pace must not exceed a certain degree of allegro, commensurate with the Aryan sense of discipline and moderation. On no account will Negroid excesses in tempo (so-called hot jazz) or in solo performances (so-called breaks) be tolerated;

4. So-called jazz compositions may contain at most 10% syncopation; the remainder must consist of a natural legato movement devoid of the hysterical rhythmic reverses characteristic of the barbarian races and conductive to dark instincts alien to the German people (so-called riffs);

5. Strictly prohibited is the use of instruments alien to the German spirit (so-called cowbells, flexatone, brushes, etc.) as well as all mutes which turn the noble sound of wind and brass instruments into a Jewish-Freemasonic yowl (so-called wa-wa, hat, etc.);

6. Also prohibited are so-called drum breaks longer than half a bar in four-quarter beat (except in stylized military marches);

7. The double bass must be played solely with the bow in so-called jazz compositions;

8. Plucking of the strings is prohibited, since it is damaging to the instrument and detrimental to Aryan musicality; if a so-called pizzicato effect is absolutely desirable for the character of the composition, strict care must be taken lest the string be allowed to patter on the sordine, which is henceforth forbidden;

10. All light orchestras and dance bands are advised to restrict the use of saxophones of all keys and to substitute for them the violin-cello, the viola or possibly a suitable folk instrument.

I mentioned touchstones in a previous post, I now touch another one: Epictetus, usually noted as a stoic philosopher. But that is a bit procrustean; there is much room for subtlety here. I am directing your attention to Epictetus’ timeless contribution to a more civil society. Those familiar with the serenity prayer will find a beacon. Blaze an internet trail for more.

Do not seek to bring things to pass in accordance with your wishes, but wish for them as they are, and you will find them.

He is a wise man who does not grieve for the things which he has not, but rejoices for those which he has.

If thy brother wrongs thee, remember not so much his wrong-doing, but more than ever that he is thy brother.

The essence of philosophy is that a man should so live that his happiness shall depend as little as possible on external things.

There is only one way to happiness and that is to cease worrying about things which are beyond the power of our will.

We have two ears and one mouth so that we can listen twice as much as we speak.

I first read Bertrand Russell’s essay collection Why I am not a Christian In the early 70’s. One essay that affected me in particular, and that still intrigues me is Russell’s “Nice People.”

— Quote from: “Mike Foster” —I’ve been reading Why I Am Not A Christian, And Other Essays by Bertrand Russell. In it, he launches a fairly sarcastic – even scathing – attack on ‘nice people’ in a c1931 essay called . . .’Nice People’! He talks about people who think they are nice as often indirectly selfish, unappreciative, aloof, deceptive and inclined to exercise power indirectly through gossip etc.

It’s been a few years since this essay was published, but I am quite humbled at its timeliness. A great touchstone indeed.

“Nice People” rather reminds me of Jonathan Swift’s bombastic apologist in Gulliver’s Travels. Swift’s finely pompous character is merrily describing the land of his birth. His pride at its prowess is figuratively exceptional: sufficient to pop his vest buttons, had he been wearing a vest. Let’s imagine they are gold buttons to polish the metaphor. So he extols the virtue of his beloved British Empire at considerable length. Russell waits, as did Swift, until the very end of his writing before telling us the salient distinguishing feature of these very nicely described Nice People. Unfortunately, they have nasty minds. 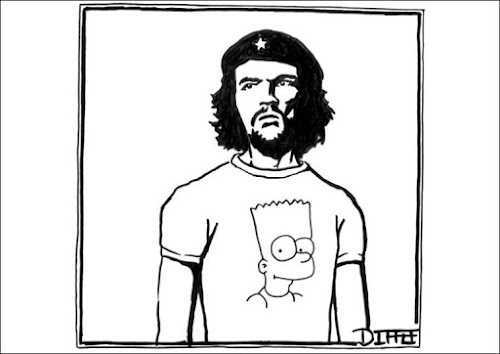 Today’s topic is humanity and crimes against humanity. As I was putting this together, Jimmy Carter was being interviewed on The Diane Rehm Show. What a Mensch! More tomorrow..

Here is one of those ‘critical’ songs:

And now a visit to Friends of the Israeli Defense Forces by Jewish Voice for Peace, first, from July 2014, a video:

JVP Protest at Friends of the IDF

Then a memory from Ferguson, MO. In the likely event of a possible misreading, the Nixon referred to below is Governor Jay Nixon. My excerpt is from the August 24, 2014 issue of the online article in BeMagazine.org original article on Ferguson is in Mother Jones.

JEWISH VOICE FOR PEACE: ON MONDAY, HEDY EPSTEIN, A 90-YEAR-OLD HOLOCAUST SURVIVOR, WAS ARRESTED FOR “FAILURE TO DISPERSE” WHILE PROTESTING NIXON’S DECISION TO BRING THE MISSOURI NATIONAL GUARD TO FERGUSON. SHE’S A MEMBER OF JEWISH VOICE FOR PEACE, A NATIONAL GROUP THAT ADVOCATES FOR EQUALITY FOR PALESTINIANS AND ISRAELIS. “I AM DEEPLY, DEEPLY TROUBLED BY WHAT IS GOING ON IN FERGUSON,” EPSTEIN TOLD NEWSWEEK AFTER HER RELEASE. “IT’S A MATTER OF INJUSTICE, AND IT’S NOT ONLY IN FERGUSON…THE POWER STRUCTURE LOOKS AT ANYONE WHO’S DIFFERENT AS THE OTHER, AS LESS WORTHY, AND SO YOU TREAT THE OTHER AS SOMEONE WHO IS LESS HUMAN AND WHO NEEDS TO BE CONTROLLED AND WHO IS NOT TRUSTED.” 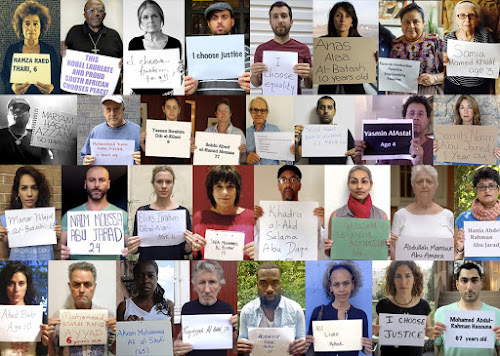 Israelis celebrate Independence Day with abandon on the 14th of each May. Remembering Nakba occurs the following day, but be aware: it is not permitted to mourn in Israel on Nakba Day, so it is forbidden to grieve ancestral family roots past, present and future. Many Palestinians lived on the Mediterranean coast. Certainly this would be my choice too, since the climate is that of Southern California. Californians also seem to prefer the coast, some prefer Sacramento. 700,000 Palestinians exiled in 1948. They left homes and lives rooted in many generations, many family trees. There is yet no legal option in Israeli law to a right to return. In the following video you’ll see a skeleton key on a sign: it signifies all the house-keys carried into the West Bank, Gaza or wherever a diaspora may take you.

When you Nittha find a great Thai Restaurant

Lisa and I spent several hours at the eye doctor yesterday to discover the origin of an eye ailment brought on by concussion. You may find yourself reading about this concussion while blog-surfing here. But we’re talking about how several hours at an eye doctor’s office before breakfast can bring on hunger pangs best addressed with Thai food.

Those readers familiar with the Fort Thomas Highland Heights metropolitan area may remember a rather nondescript Chinese restaurant near Lowes that would open, close, and open: the likely fortune of newly opening restaurants is failure in the first year. Readers, we need to act within the next nine months. Read on.

The Nittha Siam Kitchen has been open for a couple months now. The building evokes a decaying Chinese cookie-cutter restaurant. Please let me inform you. The NSK is a smartly decorated, clean, restful surprise. You’ll find a sushi bar, lovely native-Thai speakers who do not put on any phony yes-we-Asian schtick. They are friendly, genuine and warm fellow citizens of this particular planet. The unobtrusive TV features neither ESPN-NKU nor Fox BFF.

We talked to the owner-cook: a modest soft-spoken woman with the skills of a four-star chef. Delicate attention in the, let me repeat it, Nittha Siam Kitchen, is spent on subtle choices of herbs, sauces and spices that are never slammed at each other in world of warcraft skillets. A food-bot-generated price index would arrive at $$.

Please go there and report back.