It is my privilege to continue bringing ICAHD and the Matrix of Control into the conversation.

If this blog serves only to introduce you to Dr. Halper it has succeeded. While I am on an imagined roll, please consider finding a 1 hour 40 minutes open time slot in your viewing schedule for his talk in Winnipeg Manitoba from July 8, 2015. (Transforming Palestine into a Binational Independent State).

“He is coordinator of the Israeli Committee Against House Demolitions and a leading figure in the Israeli peace movement. Nominated for the 2006 Nobel Peace Prize, Dr. Halper has published several books and many articles while working tirelessly for peace, justice and public awareness, often using non-violent direct action.Transforming Israel-Palestine into a Binational Democratic State.”

Now for new business: the Cincinnati Palestine Solidarity Coalition. is sponsoring Dr. Halper on his current book tour. Click the link at the bottom of this post for updated details. 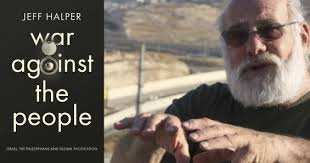 Dr. Halper has good memories of the metropolis I write in. It’s a fortune of geography and history that we both graduated from educational institutions with international reputations: Jeff at Hebrew Union College and I at the University of Cincinnati Department of Geography. Both schools on the same street, and we graduated in the same year 1969.

Please make a pilgrimage to Cincinnati if you are anywhere near. Of course you can also read more about it right here and at the link below.

Source: War Against the People

Hedy Epstein (née Wachenheimer) was born in the city of Freiburg in the year 1924, a nine-year old kid when Hitler took over. She was one of the fortunate few who left Germany for the United States in 1939 (Kindertransport).

Hedy reported on Israel’s behavior during the 1982 Lebanon War. That behavior brought familiar the memories of childhood in a Freiburg in the 1930’s.

Hedy ist eine Menschln presently living in St. Louis, Missouri. In 2014 she was arrested at a protest in a suburb of Ferguson on a charge of “Failure to Disperse,” a charge similar to “Failure to Communicate.” Both “failures” are euphemisms. A “communication failure” took the life of Mr. Michael Brown.

Fascism is never a good idea, but many fervently long for it every day.

Fascism is never subtle, it’s better at blurting and wallowing.

Fascism is filed in billziegler1947 under jailers or nice people.

Fascism proclaims that ethnic cleanliness is next to godliness.

Fascism is proud and nasty, upfront and in your face foul.

Fascism believes that “the others” are impurities and impediments.

Fascism winks, nods and smiles at efficient and early dispatch of undesirables.

Be aware of how well Hedy Epstein is accepted in Israeli society. Beware.

“This diminutive 91-year-old icon of freedom and justice is loved and adored by everyone whose lives she has inspired or touched. As far as many Israelis are concerned, though, she can burn in hell. Some of them have actually said much, much worse about this frail, gentle, loving little Jewish lady who has put her life on the line continually for Palestine.”

A Great Friend of Palestine

Prison America is alive and well. It promises profit for idle capital and is certainly a growth industry. Good ROI.

“You are fettered,” said Scrooge, trembling. “Tell me why?” “I wear the chain I forged in life,” replied the Ghost.

Shutting down prisons is a force for peace. Jesus the Jew of Nazareth knew that.

Jesus was a true-blue Jew. He would not strew white phosphorous upon unsuspecting children.

Just for the record: Jesus of Nazareth was not of European descent.

Fascism always festers fulsomely under the surface of polite society.

Question the plea “We must return to our commonly shared Judeo-Christian values as established by our Christian founding fathers.” What about the other third of the triad of a monotheism rooted in the Levant?

The monotheist religions are in number three:

Abraham is patriarch to each.

Translations lie. Oft repeated lies lie big-time. Repeat a lie enough and it becomes the stuff of conventional wisdom. Watch out for the fallacy of affirming the consequent when presenting a logical argument.

Joseph Goebbels knew how to lie at world-class levels. 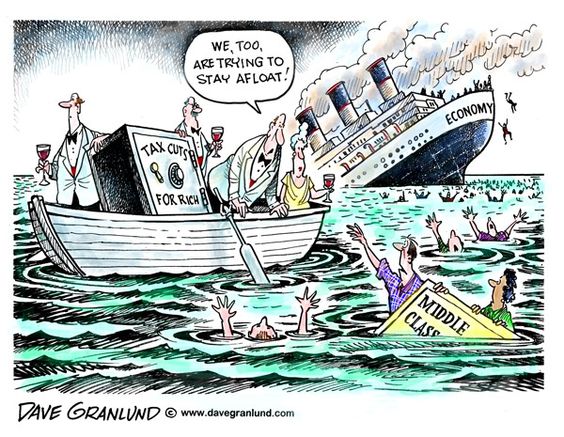 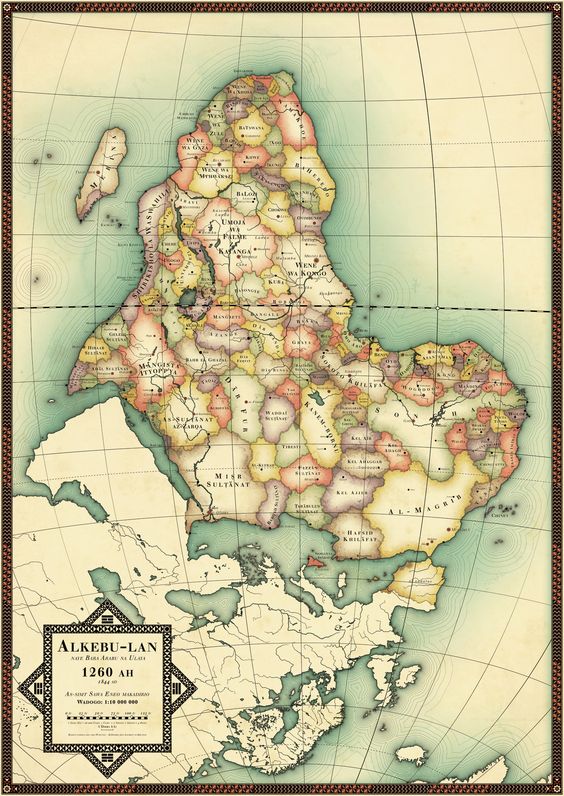 What’s wrong with this map? What’s right? What’s just? Who decides? Who benefits?

Maps are important ways to perpetuate a Big Lie.  Here is Africa from a fresh perspective.

Alkebu-lan is Arabic for “Land of the Blacks.” The map above uses familiar color and shading schemes to name the distinct cultures and people. Human geography.

Zoom in and experience the fractal quality of intense diversity:

The unlabelled land mass at the bottom is the uninhabited realm of lands depopulated by an extinction level event such as Black Death: an alternate history suggested by Frank Jacobs elucidated here:

Africa, Uncolonized: A Detailed Look at an Alternate Continent

Please look at this planet from the Other’s perspective, remembering that you too are the “Other.” Call me Ishmael.

The equator is the dashed line. To my eye that great lake in  Alkebu-lan looks like a chick’s eye. What a strikingly different way to look at this enormous continent. The solar system doesn’t have a top and bottom, so I can just imagine visitors from another star system mapping the southernmost continent as the top of the third planet out.

The Latin for the interior sea is Mediterranean: the sea at the middle of Earth. It’s natural but unfortunate to look at the world from where you name “us.” It could be New  York or the Middle Kingdom (China) or Middle Earth.

America must not remain the center for geopolitical advantage studies.

The land of the fulsome and the home of the nice.

Imperialism is brutal exploitation of a land and its people: gain without pain for the well armed and the already comfortable.

Here are the paths the genomes took.

Simply stated, a map projection is a compromise achieved by forcing a sphere in three dimensions onto a two-dimensional surface. Only a globe presents accuracy to scale on behalf of the earth orb, but you can only see one side of the globe at one time. And it doesn’t fit well in your pocket.

When you have looked at the same combination of continents 100,000 times or so, it gradually takes on the ring of “truth.”

Consider the azimuthal equidistant projection for establishing a center point anywhere. It’s the polar opposite (figuratively and literally) of the mercator projection. Mercator places the North Pole at infinity. Azimuthal places Santa’s Workshop at the center of the world.

Expect maps to push agendas hard. In 1978 the Palestinian-American scholar Edward Said produced the book Orientalism,in 1978. It explains the way an occupation force imposes its perspective on the occupied: imposition of language and Eurocentric concept of unchangeable truth.

From Allen Webb, my source for Cecil Rhodes, a quote from gentle Cecil:

We must find new lands from which we can easily obtain raw materials and at the same time exploit the cheap slave labor that is available from the natives of the colonies. The colonies would also provide a dumping ground for the surplus goods produced in our factories.

The British imperial overlords used a straight-edge to define borders for the people they exploited before leaving former colonials to sort it all out. Once they left they didn’t look back. What’s past is passed. Let’s just say ‘we’re history.’

Consider the absurd British decision to create an East and a West Pakistan in the South Asia theater of interest and profit. It’s folly most insane. Lord Balfour had as much insight as the architects of East and West Pakistan when he crafted a  67-word statement in 1917.  Nakba is one result. Truth is one casualty.

I mention alternate histories. Here is one such at DeviantArt.Net, a resource for speculative art.

Keep a window open for Yanko Tsvetkov, the cartographer for the indispensable Atlas of Prejudice.

One of the oldest entries in my “Commonplace Book” is from an article titled simply “Science Fiction” in the small but wonderful book Of Other Worlds by C.S. Lewis. I still own that book, but have decided to quote a passage via internet; I originally typed it on an Underwood manual typewriter in 1974 (it’s one reason for my deformed fingers).

people are so ready with the charge of ‘escape.’ I never fully understood it till my friend Professor Tolkien asked me the very simple question, ‘What class of men would you expect to be most preoccupied with, and most hostile to, the idea of escape?’ and gave the obvious answer: jailers. The charge of Fascism is, to be sure, mere mud-flinging. Fascists, as well as Communists, are jailers; both would assure us that the proper study of prisoners is prison. But there is perhaps this truth behind it: that those who brood much on the remote past or future, or stare long at the night sky, are less likely than others to be ardent or orthodox partisans.

A Pilgrim in Narnia reflects my own lifelong role as pilgrim and longer for other worlds. It feels like that “visit to the deck” when I go there. Science Fiction brought me instantaneous wonder one summer in Northern Michigan: 1963. In the checkout aisle next to the Snickers was this:

It turned out to fit right in with Davide Mana’s Karavansa. Certainly recommended for those who have read this far.

Alternate histories locked in as a theme the moment I saw the calendar on that seemingly medieval wall. May 1964.

H. Beam Piper’s Gunpowder God provided precise detail on combining sulphur, charcoal and sodium nitrate. I was already combining every household chemical available to discover what the periodic table let me know about free ions, so I was among kindred.

Within the next month I had found a brown-paper wrapped Analog and the first printing in magazine form of Frank Herbert’s Prophet of Dune series.

It was in this mailbox on 315 Glenroy for firsthand accounts from the 50’s and 60’s. I still have the large-format magazines in mylar sleeves. They’re over there in the dining room. Make yourself comfortable.

And a recognition that our record-breaking incarceration economy and military armament madness destroys far more souls far more innocent than me.

An alternate history that does not press world armament manufacture and mega prison complexes loom in my mind 53 years hence.