Israel insists that it is still the underdog in the Middle East. Danny Ayalon, well known for his video series The Truth about Israel, is a familiar countenance on the pro-Israeli internet. He explains Underdogland with familiar maps and graphics, available at the click (such as the link above). The presentation has high production qualities, the music is rousing and the end-tone is dramatic. Favored mightily by those who like echo-chamber metaphors.

Something happened at Harvard and Microsoft recently: two prestigious shakers and movers (lifelong Zionists) endorsed a boycott of Israel, a ‘single state.’  It became the most read article on the Washington Post. This does not mean that they have joined the BDS Movement but it’s a step.

Consider diaspora: the Syrians these last five years, the Palestinians these last sixty-seven years? To be ousted from ancestral lands along the Mediterranean and shoved to the east. Then, in 1967 (Naksa)  occupied by the same people who shoved you eastward in 1948: (Nakba).

But what about Lebensraum for the people of choice?

Unfortunately it was Paradise (Mahmoud Darwish) 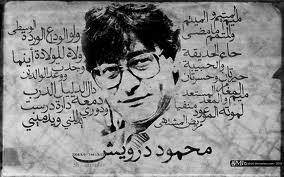 Perhaps a current dweller thinks “The Mediterranean coast is beautiful, but we need more living space for more living rooms. May the houses all look like the ones in California where the climate is the same.”

Descendants of Abraham: Ishmael and Isaac. A great lesson learned from those who occupied all of Palestine, the British and their Empire. A semantic sleight of hand and, magically, the Palestinians no longer exist. But a magician’s trick does not stay a secret forever. It turns out Palestinians were there all along with a history, a culture, families, friends, acquaintances, businesses, interests, festivals, religions, works of literature, restaurants, theaters, tourist trade, traditions…and tragedies.

At present, a two-state solution (State of Israel/State of Palestine) remains challenged by Realpolitik.

Immigration, emigration, visiting exiled family in other climes. Travel back and forth between Gaza and the West Bank? It’s onerous. The two territories are not contiguous. It is also expensive, time-consuming and dangerous.

Did you know that most Israelis are not interested in visiting the occupied territories? To go through generations without once meeting the “other.” Believing only their own propaganda.

Palestinians are also de facto victims of extrajudicial executions. There are no Palestinian soldiers, there is no Palestinian military force. Israeli soldiers know they can simply attack fellow humans using their own judgment, without disciplinary action. Did you know that records detailing criminal acts are sometimes lost by the authorities entrusted with preserving them? I’ve hear that it happens.

Existing Palestinian homes are demolished daily, reason optional. Unemployment is so high in the occupied sectors that many Palestinians work as domestic help in the very homes they lost to “settlers”. Yes, this is humiliating, but those who humiliate know that a mean-spirited, tough, single-minded determination and persistence may bring blossoms of fear and submission. The New York Times and NPR do not remove bias from their reporting. Both news giants are either corporations or corporately funded.

What happens when Rupert Murdock purchases media? The Wall Street Journal was once a newspaper of integrity, now it’s a tabloid. National Geographic was an institution and cultural icon. Guess who owns NG now. Readers and listeners are left to wonder: just who are these tattered keffiyeh-sporting angry people in the street, those with weapons slightly more modern than those of the Ottoman Empire, with knives and stones: stones right at-hand, produced from rubble left by incendiary bombs equipped with the latest technology, dropped on civilians (collaterals) by the fourth largest military on our planet.

4 thoughts on “Palestine: a people with a land are still without a land”