An Elephant in the Room is a coherent and valuable resource for vegans who join in solidarity with all sentient beings on this shared planet. We speak a truth that vanquishes denial — one argument at a time.
Look into the eyes of the billions sentenced to death for the crime of being edible, for sating crazy appetites, for sturdy hide, the whim of fashion, for savvy consumers, enterprising marketers and future futures markets.
Examine the banner at the top of this blog. Look into the those five eyes and realize that you gaze into a complex ocular system that arose during the Cambrian explosion. When you look into the eyes of a fellow sentient being you are looking at a fellow soul.

There's an Elephant in the Room blog 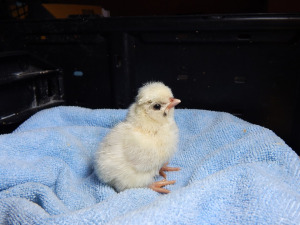 There’s a perception of veganism, and of many vegans too, as vociferous and/or challenging. We’ve all seen comments that go, ‘thank goodness you’re not one of ‘those vegans’ and no doubt this is intended as a compliment by those who are not vegan themselves.

This ‘compliment’ sits alongside a nonvegan perception of themselves as passive, just quietly minding their own business, not wanting to be challenged about their ‘choices’ in the same way that they consider themselves to be tolerant of the ‘choices’ of others.

I’ve seen posts shared humbly, even apologetically by vegans, aware they will be viewed by those who aren’t vegan, knowing that they are likely to be subjected to some form of retaliation for disturbing the tranquillity.

And it occurs to me that although not being vegan is the default state for the vast majority of us, it is VERY far from being a passive…

One thought on “‘Those vegans’ and nonveganism advocacy”