“Humans Are A Plague On Earth”

How to respond to Attenborough’s sound observation?

Sir David drops this verdict into our laps, six words that indict the inhumane human species. No other species since the last extinction event can make that statement. I wonder how the other five extinctions bade the Earth farewell?

Let me guess the most common response to Attenborough’s pronouncement:

Truth be damned. Out, damn’d truth! out, I say!

Paul Ehrlich wrote The Population Bomb in 1968, a time when world population was half its current size. A breakthrough a day keeps the crisis at bay. Pundits against birth control suggest that artificial contraception will lead to population dearth.

Speaking of population un-dearth, did you know that there are twice as many chickens on Earth as humans? Extend that number by the ratio of human-lifespan to chicken-lifespan to arrive at a daunting number. Hint: the number is not 42.

I leave it to my reader to research the ratios for chicken, cow and pig population. And as I write this, tomorrow is T-Day, where T≠ Thanksgiving. Another hint: the answer is fowl.

Ehrlich wrote his bestseller less than a decade before Exxon would discover and cover-up the findings their own scientists reported: global warming was a reality. The petrochemicals that took them to number 1 on the Fortune 500 in sales was causing it. They made this discovery in 1977. 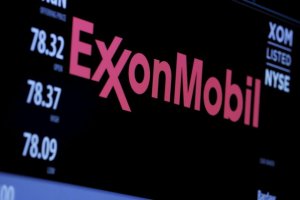 World population has tripled in my lifetime. A cursory glance of traffic patterns on this eve of Thanksgiving tells me that freneticism is a lousier answer than veganism. Thanksgiving is a celebration of decadence: a pilgrim/savages history lesson.

I declare that veganism is an antonym for post-truth. It faces truth full-on and deliberately. For the same reason that Thoreau brought so many to think critically. Always live your life deliberately — the matrix is already fully populated.

One thought on “Post-Truth is the Opposite of Veganism”