When you announce your vegan beliefs expect incredulity, perhaps not visceral, perhaps visceral. Make public your support of Palestinians to self-determination and expect raw nerves to flare — it comes with the territory. Or am I tilting at windmills? Why must Palestine be a verboten topic?

Misunderstanding happens to “the least of these, my brethren” (Matthew 25:34). I mentioned recently that I am the green sheep in the family. Do I hold a lightning rod aloft, inviting impending doom? I guess.

I live in an area of the country noted for its borders — political, racial, climatic, geomorphic, social: there are others.  Our planet does not need more division and more rancor. Welcome the green, the black and the rainbow. Welcome the stranger.

Languages fascinate me intensely. Learning them lightens my spirit and dispels an illusory separation. We are all one. I lived and studied in Germany, a country that knows something of borders — their erection and their dissolution. Loving languages is a joy that requires patience, but it rewards that patience by several orders of magnitude. Or is it a waste of time, a conceit if you already speak THE international language — one dipped in the blood of imperious arrogance. Just saying. Colonialism is not dead. Were that it were.

My intense interest in the Middle East began in 1967 when I began to seriously study its physical, cultural and religious geography. Study makes friends of pain and joy. I was living in West Germany in 1972, at the time of an ill-fated Olympics in Munich. Stasi was still going strong in East Germany. That same year I learned about Savak and the Shah of Iran from my fellow exchange students of the University of Tehran — a full seven years before the revolution in their ancient land, one with the longest continuous civilization in history, one that started with Cyrus the Great. Many cool people are Persian. Yes they are 🙂

Perhaps this is an overlong preface to my topic. I hope not, but please accept my apology if it is.

Let me meld two curiously similar joys and pains — veganism and Palestine. Mix them together and you have The Palestinian Animal League. That kind group of animal activists knows that “acting like an animal” is an expression to deflect misbehavior of a specie with an overdeveloped ego that imposes their self-righteous “superiority” to the innocent fellow sentient beings possessing inalienable rights to life, liberty and the pursuit of happiness, though it be inexpedient to the self-described exceptional.

Let me now lighten the burden of writing. I yield the pen to The PAL. They know more about themselves than I. Expect joy.

Sid Caesar died in 2014 at age 91. A pioneer in the gentler arts of subtle humor, Caesar approached his craft with an inquisitive spirit and intellectual curiosity — you can’t do that without patience and discipline. He listened to rhythms and song, he could mime anything animate or inanimate. Though able to transmit the theater of language, his only two tongues were English and Yiddish.

All languages are indeed songs. Iambic pentameter is, quite simply, the cadence of spoken English. In my opinion a haiku never sounds right in English because the Japanese haiku does not transplant well in foreign soil.

From the Caesar, not the one known for “Gallia est omnis divisa in partes tres”:

“I didn’t allow cue cards because, to my mind, when you’re acting with someone you listen when they speak, … Because then you can push off not just what they say but how they say it. You don’t just hang around waiting for your cue.”

Translation is a gentle art,  all translations are rough estimations. Something is always lost in the translation. In the hands of the demagogue language is a weapon to leverage propaganda. Agendas render translations that wish to mislead — always, or at least often enough.

Poetry resists translation intensely. But that is as it should be — poems are distilled language, translation muddies and soils.

By my own estimation an oft repeated remark by Albert Einstein is not a good enough translation of the German. A wise man once hadn’t said…

The most common render: Subtle is the Lord, but malicious he is not.

A single word change: Mischievous is the Lord, but malicious he is not.

I think it’s good alliteration. Well, I may be outnumbered, but isn’t it an improvement on the more clumsy subtle/malicious. Perhaps I’m guilty of some degree of bias when taking sides with my own blog. With a nod to a rare public voice (hint: Habemus papam — “who am I to judge.”) 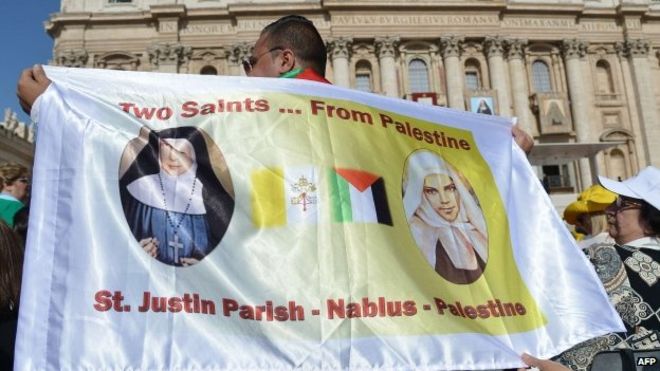 Movements to excommunicate — or at least exile — Pope Francis are loud, vociferous and growing with brute fervor.
Listening patiently is among the lost arts. The sentient fellow-being in your presence deserves your attention — it’s that breathtakingly short moment when they may reach and teach you. Carpe diem!
Okie dokie, let’s consider another quote from Mr. Caesar:
The remote control changed our lives, … The remote control took over the timing of the world. That’s why you have road rage. You have people who have no patience, because you got immediate gratification. You got click, click, click, click. If it doesn’t explode within three seconds, click click, click.
~ Sid Caesar (from Successories)
When it comes time for you to speak, do not use your words as weapons but as tools for removing barriers, widening perspectives and sharing a planet where homo sapiens is the sole responsible specie threatening to drop another extinction event on all and each.
Be also wary of weaponized symbols and icons, my impertinent opinion of course.
Thanks for reading.

Like Loading...
The culture where I live does not seem particularly interested in learning foreign languages. But the written, the spoken, and the audible become a part of the soul and a blessing to humanity when civilized thought can gain a foothold. 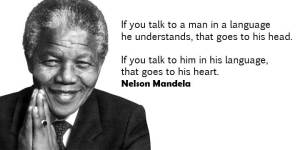 My interest in German language led to an opportunity for study in Giessen, at that time West Germany, from 1971 to 1973. Upon arriving at Justus Liebig Universität I learned German as a second language with fellow students from Iran, Japan, Egypt among others. German was the tongue we shared, so that we could talk to the brain. Then we could join the citIzenry and talk to the heart.

Some people take on an alternate identity to ward off conversation. It was common for Americans traveling in Europe in the early 1970’s to attach a Canadian maple leaf to their person. This to avoid conversations about Vietnam. It was convenient to merge into the background. But such maneuvers may lead to a false sense of comfort: ease and convenience have long-term consequences. It is just as convenient to avoid discussions on long festering Middle East issues today. Are the sound bites you hear from a source without an agenda? Unfortunately, the truth can be hidden, often deliberately by perpetuating lies that simply make life more convenient or comfortable for the liar.

Under Mohammad Reza Pahlavi (Shah from 1941 to 1979) many Iranians studied at German universities such as Justus Liebig. Our Iranian fellows shared an ability to converse in German about Savak and the Persian experience. Neither Farsi nor English was necessary to bridge a gulf separating us from each other. Who knew that Pahlavi was complicit in dark matters. The Iranian people knew.

Imagine a monarchy that is 2500 years old, that began with Cyrus the Great and ended with Mohammad Reza Pahlavi’s deposition. Might a civilization both ancient and modern have evolved a complex history and culture In 2.5 millenia? Might Farsi hint at subtleties in the Persian soul? What about the country name itself: Persia, Iran? Does its religion suggest potential geopolitical significance? Can we question the translation of the colloquial Farsi into English of the conveniently repeated  Death to America (More accurately translated as Down with America).

Farsi speakers use this invocation to express transitory frustration, perhaps at stubbing a toe. In a future post I want to discuss the nature of curse words in Farsi, Arabic and Hebrew. Stay tuned.