Meatism is a lifestyle choice very deeply rooted in a modern society based on Freneticism. Big lies fuel bigger enterprises. Veganism threatens the BIG LIE with mere truth, but that hardly stops Meatists does it?

Are you now, or have you ever been a member of the Veganist Party?

The land of the fruited plain and the home of the Atlanta Braves® knows what’s for dinner — boeuf. This place is always open for business. American students may not be able to locate India on a world map, but they know how to form a turkey by circumscribing the human hand.  Put it on the refrigerator and talk about the two (2) turkeys who will be pardoned this November.

Believe a whopper. Eat a Whopper®.

The Pilgrims arrived at Plymouth Rock to escape persecution (and to spread their own form of persecution). They invited savages (Native Americans) to dinner, the savages brought something hitherto unknown to Europeans — wild turkey. But the savages with red skin (just like the football team) turned on those settlers. Ungrateful beasts, behaving like animals.

Pop quiz: what is an Indian giver?

On September 1, 1914 the last Passenger Pigeon died in captivity. Unfortunately the pigeons were tasty fowl that dropped to the ground when you shot at the sky. Dress them for dinner.

The American Bison numbered thunderous thousands. Print the photograph of a mound of bison skulls for your refrigerator door.

If those silly Hindus would eat the sacred cows walking and defecating in the marketplace, no one would starve in India. 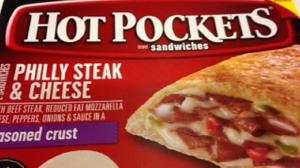 Kraft® owns Lunchables® Throw Lunchables® into your shopping cart after a frenetic day at the office. Throw them in by the fistful. You ate the Lunchables® that the kids wouldn’t eat while you were working. You didn’t break for lunch, but the lunch will probably break you.

What about the customers who become too grown up for your product? Carve a new niche that keeps ’em buying. Choosy Jif® mothers read magazine ads.

The more you waste, the greater the gross national product — by definition.