N.B. This post was inspired by a very kind reader’s comment on my previous post. It’s my way of thanking an anonymous reader for the inspiration to create this article 🙂

I often add deprecating words of imagined critics to challenge my writing — they appear as italicized green-text segments. This time I turn those naysayers away and add complimentary words to complement the genuine words of a non-naysayer. 🙂

Thanks for this Bill! But my curiosity is not yet fully quenched! How did your family and friends take your change?

Though the green sheep in the family, I was blessed, or kindly ignored, by family and friends. They have allowed me the space and penchant to follow the way of the iconoclast. Tilt damned windmill! I try to reciprocate in kind, but when you stand up for eliminating THE entree from the plate 24/7, you must expect onslaught and outrage:

A reflexive response to homo sapiens’ rejection of all things never questionable.

You dare countenance baser instincts, to sin against the natural law? Beasts naturally sacrifice their corpus by dint of birth. It’s frail folly to eat the fruit from the tree of knowledge. 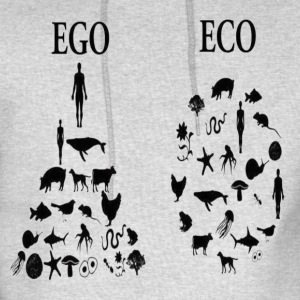 I also imagine that back then veganism was much harder and much less accepted than it is today.

Graduating from university in the year of Woodstock 1969 and Earth Day occurred the following year. Insanity by political edict in Vietnam would never occur again. Nixon flew away in a disgrace that many of my peers vowed to avenge. Whiplash by pendulum swing was inconceivable — but it was only five years away.

A certain nihilism set in with what I call “Mourning in America” 1980.

Did you join an animals rights group?

Peter Singer (Animal Liberation) rocked the planet with his unspeakable recommendations in 1975. E.F. Schumacher suggested that small was beautiful.  It seemed the conventional wisdom would follow in steady due course — but not politically and not personally. My wife died in 1983. I became a single parent until Lisa showed up to rescue us. She got the chance to shop for groceries with a vegan in 1993. TVP and canned vegan fare were tucked away in an a nondescript top shelf. Those cans got lonely up there.

And about the detoxifying, I agree. When I first went vegan, I had detox symptoms too, but then I also gave up coffee, sugar and alcohol completely.

I successfully detoxed from alcohol after a single rehab week in Falmouth, KY. Heroin peers began to outnumber the alcohol-devotees. Break time at the picnic tables there led me back to cigarettes for some months. I was the only person to show up at a smoking-cessation series — my last puff was taken in the parking lot of the hospital sponsoring the series. I’ve saved the certificate of completion.

Let’s say that coffee ‘never hurt me none’, so I’m still with that Kodachrome. Sugar that doesn’t come with real and true fruit, sugar in empty-calorie form remains a crutch that I haven’t discarded. It’s bad news without a single redeeming social value, but I stock up on figs, dates and the such to counter the sugar molecules.

Thanks so much for the prodding. It’s been enormously helpful to answer your thoroughly wonderful questions.

A couple recent posts in  SocioLinguini struck a couple vegan themes that intrigue me:

Identity is the inalienable right of *all* sentient beings —  life, liberty and the pursuit of happiness is not the domain of a single unusually arrogant specie. Veganism demands that one think critically about unethical behaviors, else becoming complicit in the business of death camps for manufacturing that slab of flesh between plastic stretch wrap and styrofoam tray:  “wholesome family friendly meat products.” Entree, s’il vous plaît

Now let’s check out the German for “you are what you eat”:

“man ist was man isst.” I like the great economy of that additional “s”

I was a student in Germany during the early 70’s and once heard the following exchange between two German companions in the Mensa (Student Cafeteria):

Here is something I’ve learned along the way that you might not find hopelessly boring: Saxons invaded Britain around 400 C.E. and brought their language with them, including words for meat in German fashion: name of animal + flesh, e.g. Schweinefleisch. Following the Norman Conquest (1066 C.E.) these words removed a layer of complicity, e.g. porc rather than pig meat.

As you may already know, BillZiegler1947 is a teacher by nature and a pedant by dint of character flaw, or something, oder so etwas.

“Hey, Saxony, that’s where the Anglo-Saxons came from.”

Unfortunately pedantry drives me to continue… the English letter “x” stems from the German letters “chs” — ergo die Sachsen (the Saxons). The English word ‘next’ originated with  nächste.(pronounced ‘nexte’). By the way, “Anglo-Saxon” is a bit of a misnomer; unfortunately mistranslations usually stick around forever.

A skin-thin bag of chemicals holds toxin-cleansing organs within and keeps toxins without.

Actually, skin itself is a toxin-excreting organ.

You really are what you eat, what you ingest.

That great phrasing captures the process quite realistically. The best kept secrets of veganism threaten the bottom lines of trillion-dollar industries. Once you commit to accepting meat as indispensable you impact consumers, jobs and many a staple cooking show. Imagine anyone who would dare foil the overwhelming plans of the respected captains of Meat, Inc. A heritage over many centuries that showcases animal flesh, hide, organs, marbled muscle, und, und, und. 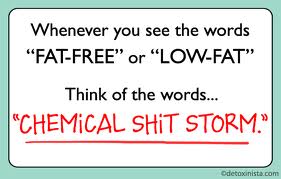 A sentient being is a bag of chemicals, skin is its largest organ. Sentient beings walk, fly and swim around in a bag holding every other organ.

Each is a biochemical factory that absorbs nutrients and toxins, then discharges them as excreted waste products.

What happens when you consume something?

A discomfort food is as fulsome as the original definition of fulsome. Sentient-beings’ skin and the organs they contain are craved and craven. Douglas Adams suggested the disquieting breach of accepted protocol that comes upon meeting meat

Douglas Adams’ cow that wants to be eaten

So when does craving become craven?

After a few years of pursuing veganism your body cleanses at the molecular level. Eventually each toxin-laden cell is replaced. Initially you feel sluggish because your body is going through detox. SOS is status quo cell replacement. Removing all flesh-based substances also replaces the craving for more and more.

A vegetarian diet that includes byproducts in the form of cheese and other dairy stuffs prevents that crave from leaving the organ bag. Those free-sample cubes of cheese in the supermarket spark an impulse to eat more.

Yes, it takes time to replace trillions of cells, but the cycle is broken. Once I conducted an experiment in the supermarket fish aisle. I ate a shrimp placed on the free samples table. Five minutes later my tongue yielded foam as toxic discharge.