Nazi ethnic cleansing began with a single unknown undesirable, but within a decade the 1 became the 6,000,000. To observe that number from the perspective of coincidence, it’s the number of Palestinians alive today: each a refugee still. There is no statute of limitation for war crimes. Just ask someone on the receiving end of genocide. 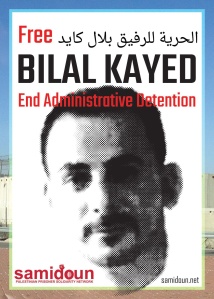 Have I mentioned that the Palestinians are from Palestine? Roots matter to olive trees and to Palestinians. Water, hummus, olives. An incomparable Mediterranean coastline. Countless cities and villages cleansed of long-established inhabitants.

The time for Israel to stop Palestinian home demolition and pacification was 68 years ago; both demolitions and executions are crimes against humanity, against an indigenous people living under occupation today or as refugees in planet-wide diaspora.

Daily life for the indigenous Semitic people of this land: constant torment by mostly non-Semitic settlers indigenous to Europe. IDF and IOF combatants may commit any crime of their choosing, without fear of consequence or inconvenience. Any day, every day, all day. Which Semites are not included in a blanket inditement: Antisemitism! Antisemitism!

A strange celebration of Sparta and ungodly decadence: a failed experiment, a way of life that requires several billion dollar annual infusions from the United States and the Marshall Islands.

From the layout of the house housing a 12-year-old rock-throwing terrorist. IDF soldiers show up at 2:00 A.M. No proverbial knock on the door, just break it down and rattle the sleeping. Rattle and curse the ugliest phrases a fighting man can muster. And, so a final enough solution: indefinite incarceration for the kid, a house removed by a wrecking ball or dozer, a homeless family. But it doesn’t matter: they are annoying Arabs. Ptui.

Some sources for guidance in non-violent resistance. Think Warsaw Ghetto.

Jews for Justice for Palestine